our industries, our lifestyles, our consumption, our production--capitalism--is unsustainable we read low tech magazine and imagine the broad strokes of a sustainable future, but can we imagine just how radically different certain aspect of our lives might be in this future?

these speculations ask what computing and internet would look like in a low tech future, and if such radical changes would leave any room for video games as we know them to continue to exist

thank you so much for zipping them all together! I'm looking forward to reading them- I've been captivated by the stellar writing in your Bitsy games so this will be a welcome treat!

If to delve more into speculative visions of the future, there is probably no bigger cult influence for our ~generation, than the movie and a concept, provided by the brand of The Matrix. If people actually ever migrate - in some form or another - to a virtual reality, in an attempt of artificiating an eternal life, while believing this to be a shape of sentient, post-organic "life" {this is actually scary}, what would happen to these, in case the sustainability of technology supporting such an "eternal life", suffered? Would such seized identities even realize their fate?

the low tech future will not precipitate any post-organic life, but it could precede some organic computing. sustainability and the cost of computing will be so intrinsic to life in the low tech future that you wouldn't dare to try to live forever in an electronic dream

It is still unclear to me whether your concept of 'low tech future' does describe primarily a "fork" of the actual or reasonably expected, earthly reality, such as most 'post-apocalyptic' scenarios do - or is it a vision of organic evolution, describing an entire, parallel - perhaps extraterrestrial - reality, which has come to different conclusions and different status quo of technology?

If technology on Earth is ever to experience a global crisis, ceasing flexible Internet as we get to know it nowadays, will remote cosmic stations and extraterrestrial colonies - provided by abundance of technology, as well as wealth of science - become stranded, self sufficient by must and probably short lived, in comparative terms?

in this low tech future space colonization never happened, and is unlikely to happen soon. if you are interested in that idea though, "children of time" by adrian tchaikovsky does feature some lost colonies and stations after a technology collapse

Video games have one problem, the way I see it. Take me as a social critic with the opinion put, but video games, gather shallow tastes. They become even more shallow in time, more streamline, corrupt with worst market instincts. It will kill them. That is why, I would hesitate calling myself a gamer. Infact, I do have little patience for gaming. But I like art, I like self expression, I like the mystery dive. That is why, I do enjoy some interactive fiction here and there. I also like systems and systemic thinking, because systems are puzzles - all broken by design - which is why, I do check out on games briefly, never stick to them for long, though. They just do not hold. They do not have the power, for me.

Low tech future. There are a couple of genres doing it fair justice, post-apocalypse being one of them. Anyway, is this not about being happy? How to live a life in a way one could be happy with? Do we all not simply dream about being happy unconditionally, like, ever-happy? Is life not a system of conditional happiness? In life, we want what we do not have, understandably. Notwithstanding, if we are not happy with what we have or we are not as happy as we had thought we should be, having obtained this or that - the notion of consumerism addressed - then how is our concept of happiness really working, minding it is invalidated as soon as we 'get there', so we need more illusions to run after? Somehow, sometimes, maybe it is first to abandon the chase and realize what perhaps we run away from? What is it that we try to run away from, under the disguise of happiness hunt? I think that it is the indifference.

@Packbat, on one hand, digital realm could have enhanced the chess experience, but it did not change the chess game itself one bit, in a sense of what is possible on the chessboard. On the other hand, mind there is no valid connection between tabletop roleplaying games and their digital interpretations, speaking of differences and similarities. Tabletop roleplaying games, on the contrary to chess, cannot be reproduced - apparently - in the digital gaming realm as we know it. Neither does digital remote connection enhance the experience of a tabletop gaming session anyhow. What are the implications? There is time for everything. Some things, are to become more niche eventually, but if they are unique, they will endure and not vanish. Digital gaming may share the fate of tabletop roleplay gaming one day. Traditional tabletop gaming generally suffers from society level of fragmentation, which in turn is induced by modern technology and the way how people could paradoxically feel more lonely nowadays, despite aware belonging to a large crowd or a cohort - the digital tribe. But there is more than one thing that can poison the well and the technology, is not the only kid on the playground.

Regarding the global vision of low-tech future, you may want to read about 'Kardashev Scale', if you have not already. It is a certain scientific plan for measuring the civilizational advancement of the species, by means of energy consumption and energy production level. It is associated with methods of astronomical detection. You see, a civilization that consumes and produces a lot of energy, will somehow 'shine brighter', thus being easier to detect. 'Darker' civilizations, are thus less advanced, according to theory. Therefore, if the species is to evolve, while simultaneously reducing the amount of energy consumption, it simply means there must be some shift in the system of values - that there would be another, parallel currency in operation. The way of detection remains the same, more or less such as the Kardashev proposed, only the instruments change. We will not escape the notion of division in our understanding, the mutual dependency between the opposites and how do opposing parts define one another. This is why, I think, we do not talk about any activity vanishing in the future - unless there is some great detriment in action - but about a replacement, unnecessarily in a way of linear progress. Some revolution.

Regarding the tidbits uploaded for the time being, there are two main questions you seem to pose, under one umbrella assumption you take. The assumption, is that the mankind, for whatever the reason, is to expect a dominating low-tech future. This could be true or false, perhaps both. The questions you seem to pose, is whether the digital culture will endure in low-tech era, as well as, what main forms of entertainment could replace the digital gaming as we know it, further taking that the memory of past time will not evaporate, but the species should move onward, becoming more sophisticated?

Have you read The Dune by Frank Herbert? It is a genuine piece of philosophy, unnecessarily such as best piece of storytelling. Nonetheless, it gives an answer to at least one of your questions. That answer, is: the mind.

Dominating, global low-tech civilization, could possibly become organically associated with hypothetical extension of human mental capabilities. Our games, will be mental. Uh, so to speak.

Unless we will have to hide in underground vaults, while some energy-controlling aliens will hunt us on the surface of our planet.

Interesting concept, will be looking forward to reading it. Games, though, are as old as the society. Perhaps there is something to the notion of participating in a society and playing a game. There is the notion of rules and certain performance, also evaluation and competition, connecting both. If digital games are to be gone or come underpopular, they must be replaced by something. 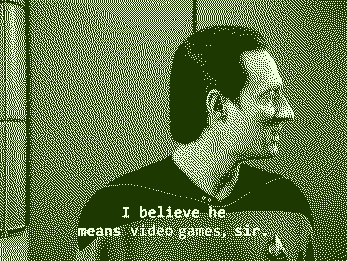 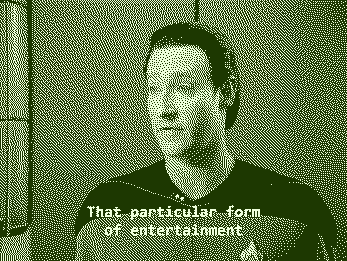 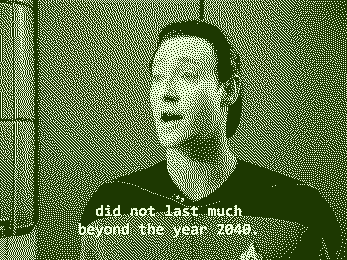